Welcome to Eichardt’s Private Hotel - an exceptional luxury experience and journey into the city’s history.

Our story begins before Queenstown was a city, when the landscape was vacant of marked streets and buildings. A man, originally from Pembrokeshire in Wales, sailed past the Remarkables mountain range along New Zealand’s longest lake, arriving on the shores of Lake Wakatipu in search of land for farming. His journey and the discovery of gold in the region would prove to be instrumental in our establishment, cementing Eichardt’s Private Hotel in the history of this city.

In 1859, William Gilbert Rees arrived in Queenstown, surveying the area for pastoral land suitable for sheep farming. Accompanied by fellow explorer Nicholas Von Tunzelmann, Rees was the first European to settle the area and over the coming years, he would become an integral figure in the town’s development and a name that would have a lasting legacy in Queenstown.

Rees officially settled on the shores of Lake Wakatipu in 1860-61, establishing a homestead on Run 356 and erecting the first building in the town – a humble woolshed. Where the woolshed once stood is today the site of our main building. Rees’ intentions to farm sheep by the lake were shortlived.

“So much of the local history has taken place in this spot. The cavalcade of colourful characters which have come and gone have congregated at Eichardt’s. They have all contributed some part to the history and should not be forgotten.”

In November 1862, gold was discovered in the nearby Shotover River and Rees found himself called forth from farming duties and thrown into the midst of a gold rush. Prospectors, miners and opportunists began to descend on Queenstown, and Rees’ homestead run was soon declared an official goldfield from which the main business area would develop.

An entrepreneurial spirit quickly arose from Rees and within the first few weeks of the rush, he turned to hotel-keeping. As soon as the shearing was over, the woolshed was converted into a hotel and given a wooden facade. An establishment for the purposes of accommodation and service emerged and Rees was soon joined in partnership by Sergeant-Major Hugh William Bracken. At this time, the hotel was named the Queen’s Arms and was one of seventeen licensed and unlicensed hotels in the area during the height of the goldrush.

Over the next three years, the hotel would continue to grow in prominence, becoming a first-class establishment in the town. In 1866, Rees entered into partnership with Albert Eichardt, who became the proprietor of the hotel during the same year. In 1867, Eichardt and C.C. Boyes bought the hotel outright and in 1868, Albert Eichardt married Julia Shanahan, the former proprietress of the hotel and dining room manager. By the following year, Eichardt would become the sole proprietor of the hotel, which was renamed Eichardt’s Queen’s Arms Hotel and later known simply as Eichardt’s Private Hotel. As the gold glint faded and Queenstown shifted from a mining settlement to a town with more permanence, the hotel began to cater to a new kind of patronage – tourists.

These were developmental years for Eichardt’s, encouraged by the fortitude of several individuals. Though Albert Eichardt was instrumental in the progression of the hotel, his wife Julia Eichardt would prove to be just as integral to the establishment and an admirable Queenstown figure, even to this day. After Albert’s sudden death in 1882, Julia took over operations of the hotel, remaining there from 1863 until her untimely death, aged 54, in 1892. Julia was well-liked for her general disposition and kindly manner, and renowned for assisting the poor and needy in the district. Of her many achievements through her time spent at Eichardt’s, one was bringing electricity to the hotel, making it the first building to have electricity in Queenstown.

The degree of reverence she commanded was reflected at her funeral; the town closed during the afternoon as a mark of respect and the funeral cortege consisted of some 400 mourners, with another 100 gathering at the cemetery. Even to this day, Julia Eichardt is remembered as a successful businesswoman, with a generous, compassionate and strong disposition. Her invaluable contributions to Eichardt’s and legacy in the city are honoured by the hotel today through our female led management team. These women embody Julia’s spirit, providing a genuine service to guests and commitment to upholding the hotel’s reputation as a first-class establishment. 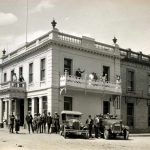 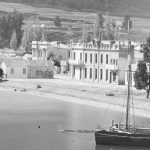 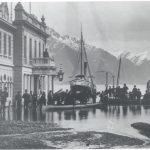 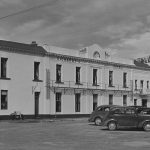 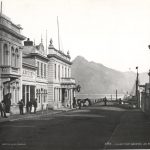 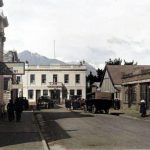 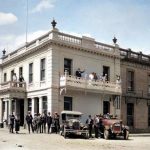 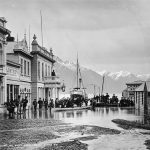 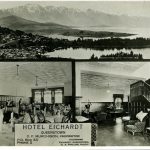 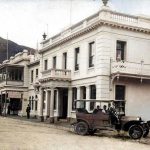 In 2016, the site next to the hotel’s main building, which originally housed the Eichardt’s stable, was excavated as part of an expansion project. A trove of archaeological items were retrieved from the site and a striking new building was constructed to include Eichardt’s newest accommodation suites, two Lake View Suites and The Penthouse, Queenstown’s premier dining destination The Grille by Eichardt’s, as well as luxury shopping brands.

From a woolshed on the shores of Lake Wakatipu to contemporary, luxury accommodation, Eichardt’s Private Hotel encapsulates the origins of Queenstown, celebrating its progression from quiet beauty into booming prosperity. Now focused on accommodating discerning travellers from around the globe, it is the continued preservation of our history that places Eichardt’s as a significant local landmark, one that is listed as a Category 2 historic place by Heritage New Zealand.

Eichardt’s is part of a leading collection of luxury accommodation in New Zealand and the most awarded private hotel in the country.

If you are interested in joining our exceptional team, please send your resume and cover letter to recruitment@eichardts.com. You can also find more information about our current vacancies by visiting our Employment page.

Committed to sustainability and conservation

Our residence in Queenstown is a lasting legacy, a testament to the times from which we grew and flourished. As a company at the forefront of contemporary luxury and with a privileged position in the city, surrounded by incredible, natural beauty, we are committed to ensuring sustainable practices throughout our operations. Both Eichardt’s Private Hotel and Pacific Jemm by Eichardt’s hold Qualmark Gold Sustainable Tourism Business Awards from New Zealand Tourism’s official quality assurance organisation.

We are committed to ensuring sustainability and conservation is at the forefront of our practices, with particular consideration given to the positive contribution we can make to Queenstown’s incredible environment. All produce used at our restaurants is locally sourced to help reduce our carbon footprint, including Cardrona Merino, Te Mana Lamb and pork belly from Havoc Pork Farm. Our team regularly forage for watercress, elderflowers, elderberries, walnuts and chestnuts in the Otago region and a large portion of our vegetables come from local farmers. We have also implemented a range of recycling systems to reduce our waste impact and employ reusable measures wherever possible throughout our businesses.

The hotel’s operations are also reflective of our commitment to sustainability and conservation; we use energy-saving LED bulbs, environmentally friendly cleaning products and showers fitted with water-efficient heads that use 28% less water. Eichardt’s also proudly supports local conservation trusts, including annual donations to the Copper Island Restoration Project and volunteering for clearing projects with Wakatipu Wilding Conifer Control Group (WCG), an organisation that controls an introduced tree threatening our native beech forests and tussock.

As a collective company, we will continue to positively contribute to the sustainability and conservation of Queenstown and New Zealand, searching for new and innovative ways to preserve this incredible place we’ve called home for nearly 150 years.

Quality and innovation for our food and beverage services

Innovation is integral to the food and beverage services across Eichardt’s Private Hotel and we strive to offer our guests an incredible experience featuring regional flavours and unique combinations.

Our team will continue to experiment and incorporate the region’s unique flavours to deliver guests an unforgettable experience that extends from the hotel’s accommodation. Under the direction of our Food and Beverage Manager James Worthington, we set our own benchmark of excellence and are constantly assessing our menus and offerings to find ways to improve and innovate.