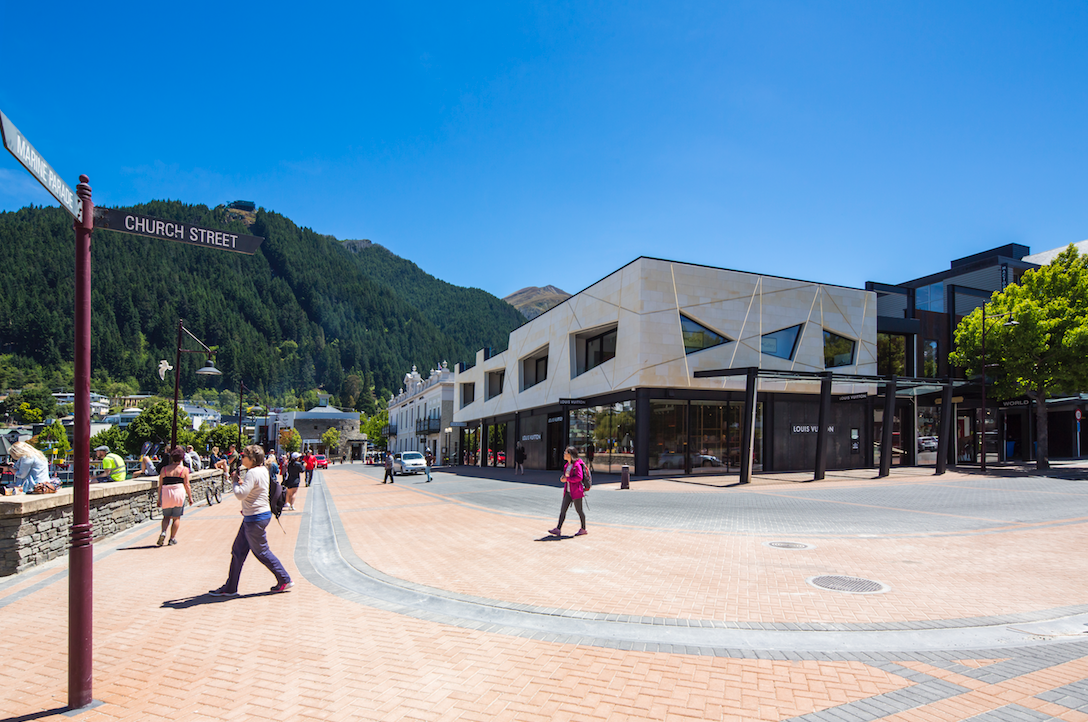 Queenstown’s newest lakefront building is set to put the new Eichardt’s resort building on the map for world-leading contemporary architecture, complemented by a stunning new shared urban space. The recently completed shared space streetscaping that caters to both pedestrians and vehicles, a project managed by Queenstown Lakes District Council, also puts the finishing touches on the resort’s new luxury enclave.

Eichardt’s, which hosts the $10,000-a-night The Penthouse, Louis Vuitton and WORLD among its tenants on the Marine Parade site, has been described as a ‘brand new icon for Queenstown’ by Steve Wilde, manager of CBD representative body DowntownQT.

“New architecture should stir emotion, and this one does just that,” said Wilde. “In years to come, it will be one of Queenstown’s most photographed buildings, just like its sister, the iconic Eichardt’s Private Hotel.”