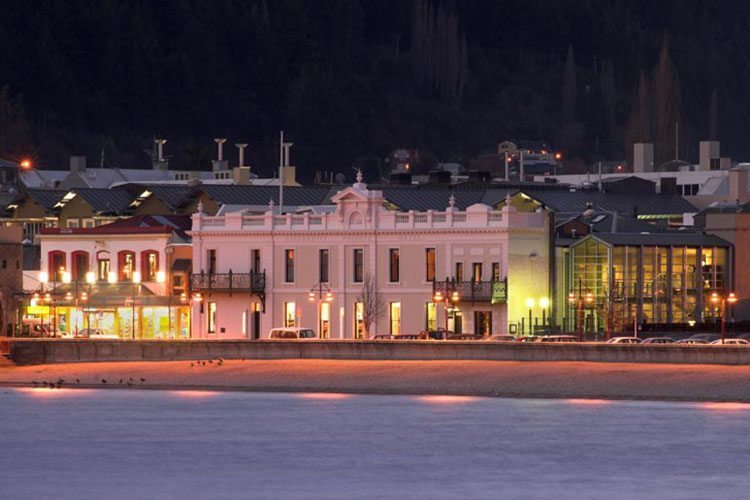 Eichardt’s Private Hotel has backed up a trio of recent awards by taking away the coveted ‘World’s Best Ski Resort Hotel’ title at the 2014 World Luxury Hotel Awards held across the weekend!

Positioned as the pinnacle of achievement for luxury hotels worldwide, the World Luxury Hotel Awards are the globe’s most prestigious and exclusive Awards recognising the best facilities and service excellence the hotel industry has to offer. Over 1000 hotels, lodges, resorts and private islands from 145 countries were nominated to participate this year.

Eichardt’s win is a result of its “dedication to personal service and providing unrivalled relaxation after a day spent exploring the mountain surrounds, including adventure favourites such as heli-skiing, back-country or even an alpine driving experience,” said Brandon Lournes, CEO of the World Luxury Hotel Awards.

“The location at the shore of Lake Wakatipu and in the heart of the resort town action means there is plenty to discover either outside the front door or closer to ‘home’ within the four walls of the luxurious suites, apartments or private Residence.  The team has done well to cater to each of the varied needs of the luxury traveller,” he finishes.

Other significant credit given for the hotel include being named as one of the top eight ‘Forever fabulous hotels in the world’ by Tatler Magazine and one of the ‘Top 10 bars with a view’ by the Times of London.

Owner Andrew Cox is thrilled with the win, commenting the team is “truly humbled to have won this award for the third time. This is such a magnificent triumph and we are thrilled to have exceeded our guests’ and peers’ expectations as well as our own.”

“Queenstown is known as the alpine capital of the Southern Hemisphere and the whole area is buzzing with a surge of forward-thinking and considered hospitality and infrastructure right now.  The next few years are set to continue delivering on an international scale, and we’re excited to be right in the bullseye of this action and at the forefront of creating special memories for these travellers.”

The hotel is part of the Imperium Collection, a collective of accommodation and dining offers including Eichardt’s Private Hotel, Eichardt’s Bar, Eichardt’s Lakefront Apartments, Eichardt’s Residence, The Spire Hotel and No5 Church Lane Restaurant and Bar.

The World Luxury Hotel Awards was established in 2006.  Previous award winners have included some of the great names in luxury accommodation including Swissôtel, InterContinental, Hilton, Kempinski, Anantara & Mövenpick Hotels, which compete annually to receive top honours.